When people have a mental illness, such as depression or anxiety or obsessive-compulsive disorder, psychologists prescribe them with medication. These psychotropic medications affect certain neurotransmitters in the brain, which can restore moods and thought patterns and behavior. Medications adjust the chemicals in the brain. Antidepressants, for example, affect the levels of dopamine and serotonin, which influence mood stability.

Drug and Alcohol Affects on the Brain

Drugs and alcohol essentially have the same effect on the brain. They also affect the brain’s ability to regulate mood, one’s perception of the environment, and the way the five senses function. Drugs interfere with the way the neurons in the brain communicate with each other. In a sense, drugs and alcohol are a form of medication given that they affect the brain’s neurotransmitters and can alter one’s mood, thinking, and behavior. There’s no coincidence that some call the experience of using drugs, self-medicating. An addiction often develops as a means to stabilize a mental illness that might have always been present for someone. By drinking or using drugs, a person alters their mental and physical state and bypasses the psychological symptoms they might be experiencing.

Learning About the Brain

The brain is one large network of communication. There are billions of neurons and nerve cells that are forever taking in information and passing it along to other neurons. In order for one neuron to communicate with another, it creates a chemical, called neurotransmitters. As that neurotransmitter attaches to the part of the cell in the brain called the receptor, they operate like a key and lock. In this way, the brain makes sure that each receptor will receive the right kind of neurotransmitter. Once the neurotransmitters do their job, they are pulled back into their original neuron from which they came. When it returns, this process shuts off the messaging signal taking place between neurons.

However, when drugs are introduced into the brain, they affect the ability for neurons to communicate with one another. This is particularly dangerous because of the signaling and communication that is naturally happening in the brain. If the brain can continue to be plastic, that is, if new neural connections can continue to form and if old ones can be released, this can support healthy brain function and mental health. These neural connections and adaptability are important in a person’s learning, behavior, and mood regulation.

Alterations on the Brain Processes

Furthermore, some drugs, such as marijuana and heroin, will mimic a neurotransmitter and in a way “fool” a receptor. The drug will lock onto the receptors and activate the nerve cells. Because the drug is not the neurotransmitter that was intended for that receptor, the neurons end up sending abnormal messages throughout the brain. Of course, this leads to 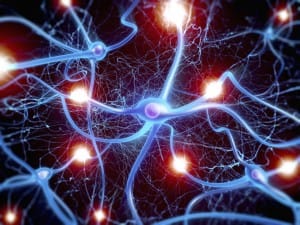 hallucination, abnormal thoughts, and change in perception. Other drugs, such as cocaine can cause the release an excessive amount of a particular neurotransmitter. For instance, the rush of dopamine that cocaine releases when an individual chooses to ingest it is dangerous, leading to permanent alterations in the way the brain processes dopamine in the future. Studies at Yale University indicate that neurons in the brain and their synaptic connections change shape when first exposed to cocaine. The structural changes point out that that neurons are attempting to protect themselves when the presence of cocaine enters the body.

Most drugs, however, activate the brain’s reward system, which is the key to developing an addiction. This reward system can perpetuate the need for the drug until it becomes the sole focus of an individual’s life to the exclusion and detriment of other life-activities. Addiction help isn’t only learning about the brain and the effects drugs have on it, but it’s also about getting the right kind of treatment that will help break down the destructive addiction cycle. Addiction help is seeking substance abuse treatment, gathering the support of friends and family, and committing to your sobriety.